Financing for up to 18 Months »

Bolingbrook, IL is a fairly new Chicago suburb that wasn’t incorporated until 1965. Today, Bolingbrook is home to 75,000 residents and one of the fastest growing commercial corridors in the country. The village is headquarters to international companies like WeatherTech, Ulta and Goya.

Due to its proximity to Chicago’s two airports and several major highways Bolingbrook has become a southwest suburban hub of economic, retail and residential building. Bolingbrook contractor Carmody Construction has led the way when it comes to window, siding, roofing and remodeling work in Bolingbrook.

Today’s Bolingbrook began its housing boom in the 1950s.  The village continued steadily growing until the 1980s when the population reached about 25,000 people. The village underwent another huge housing boom in the 1990s when it became one of the fastest growing places in the country. Bolingbrook also has consistently been ranked as one of the best places to live in Illinois.

As a highly rated Bolingbrook contractor, Carmody Construction has completed a variety of home improvement work in Bolingbrook and the surrounding areas of Will County.  We have been a family owned and operated business since 1948. We take great pride in providing top level craftmanship and customer service. When bringing a contractor into your home to complete home renovations, it’s essential that you hire a company you can trust.  Carmody’s team of professional contractors and carpenters offer exceptional craftsmanship while working with only the highest quality materials.

Whatever your Bolingbrook home remodeling project may be, Carmody Construction will complete the job on time and on budget. We are also experts in insurance home repair claims. We work closely with all the major insurance companies and are preferred providers with many. 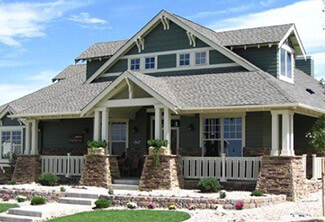 We provide quality and custom remodeling work for families and businesses in Naperville, Oswego, Aurora and throughout the Surrounding Suburbs.

Carmody Construction was great for me! I had two large picture windows framed with a window on each side. The sales guy came out, completed a quote, educated me on the different types of windows, and helped me acquire a “no interest for 6 months” credit card to pay for the work. I was to have a huge pig roast 3 months from the estimate date, and told him I would need to know that these windows would be installed by the date of the party.

Carmody Construction stayed true to their word. The installation was done well and on time. I am saving a lot of money with my gas and electric bill that they will have paid for themselves by this time next year. I plan on using them again when I get a few more windows replaced. I have recommended them to others and will again!